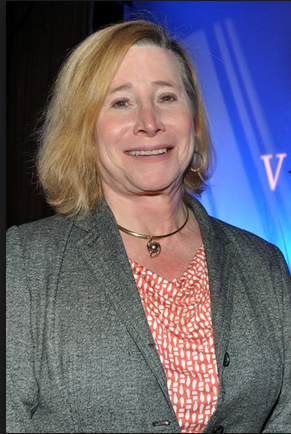 Dana Beyer, MD, is a retired eye surgeon who has practiced medicine in Kenya and Nepal, served as candidate for Maryland State Delegate; and fought for the first countywide ban of artificial trans fats in the U.S. She also lived most of her life as a man.

Are there many transgender MDs?

I’m not the only trans physician; I had the honor of performing in the first all-trans performance of The Vagina Monologues and was onstage with two other trans female physicians. I know physicians who have transitioned in place and at work. It’s quite doable in many parts of this country. If you bring something of value to your community, they’re often willing to overlook or ignore identity changes that you’re laying on them. Most people are willing to overlook lots of quirks. When I went to my rabbi to tell him I was going to transition, he said: ‘I only have one question. Are you still going to read the Torah for us?’ That’s America. We’ve got all sorts of diversity so this particular type is not unique in being different.

Is the system coming around? What’s the current biggest barrier?

The work I’m doing with Kaiser [Permanente] is to help them roll out their program of culturally competent, medically comprehensive trans coverage. They’ve got about five million covered out west and they want the mid-Atlantic region to be completely trans-supportive as well. It’s accelerating. The Affordable Care Act is completely inclusive; the law states that anybody who receives any Federal funds has to be inclusive. You cannot discriminate against trans people. That’s the theory. Implementing that, of course, is a whole different thing.

I’m fortunate that I was a practicing surgeon and made enough money that I could survive post-transition. A lot of trans people have never had access to health care because they couldn’t afford it. When the Affordable Care Act gets going, there will be more provisions made available. We’re trying to make Medicare and the Veterans Administration completely inclusive with respect to surgery. There are a growing number of companies now competing with one another to offer it, particularly in the IT sector, because they are realizing that if you want to attract good employees you have to be open to gay and trans people, and the best way to do that is to offer good healthcare. What ten years ago cost me $100,000, I expect in five years will cost no more than a couple of thousand dollars in deductibles and co-pays. Which is a wonderful thing, because this is a, at root, just a medical condition that needs treatment.

Can you speak to the barriers transgender individuals might face as they navigate health care?

The trans community has been so marginalized and oppressed for so long that many have a victim mentality. They’re afraid to even go into a doctor’s office. I was closeted for 50 years, so I speak from experience. If you’ve transitioned to become a male, for example, and you’ve been seeing a gynecologist and now you’re the only guy in the waiting room, this makes you uncomfortable. Trans men have a much easier time socially, in general, than trans women. There is so much misogyny out there; the problems of bigotry I face are far more pervasive fundamentally from a sexist perspective before one even gets to a specifically trans-misogynistic one. But having overcome my personal challenges, nobody intimidates me; nobody gets away with bullying me.

It’s a hell of a lot harder being a trans woman and even harder being a poor black trans woman. Those are the people who are most likely to be murdered, and are far more often unemployed and homeless and spiritually crushed. All of these different forms of prejudice coalesce.

Often times trans people will not tell their doctors if they pass well, because they want to have a normal relationship with their doctor. But you can’t do that if you’re lying about your basic identity, because it matters whether you’re genetically male or female, when you transitioned, and how long you’ve been on hormones. You can’t hide that stuff from your doctor. Going back into a closet vis-à-vis medical care is crippling, and it’s not helping your physician treat you as a full person.

There are nuances that medicine needs to grapple with to make trans patients feel more comfortable, but that kind of cultural competency doesn’t come easily. The upcoming medical generation will do better than my class has done, and certainly better than teachers who told me – not directly but to the class as a whole -in psych class that I was a pervert and a deviant. I’ve turned the tables; I’ve gone back and taught in the same auditorium where I was told those things 37 years earlier, and I say: The circle is complete. We now know that my life experience is more truthful and real than what we were taught then.

Where are we with the science of studying transgender health?

It’s getting better. There’s very little argument that gender identity exists. When it comes to trans people, there’s enough evidence out there that we’re neurologically who we say we are. Basic neuroscience has validated the existence of trans people, and the concept of brain sex and its difference from genital sex; the work that’s going on with other forms of intersex conditions that has gotten short thrift in med schools — it’s beginning to happen here.

We only recently, last December, removed being trans as a mental illness form the psychiatric bible, the DSM. The trans community finally had its day of de-pathologization, the way the gay community had in 1973, but we’ve only just gotten there.

It’s far better in Europe; there are consortia looking at this whole condition. The Europeans are not prudes like us, so somebody can apply for a grant that can say sex or gender or transgender in the title and it gets accepted like everything else. That would often kill it in this country.

What, in your opinion, tips the level from caring about something to speaking out and mobilizing to make it happen?

When I was recovering from major surgery when I was 13, which was a result of my DES exposure in utero — which made me intersex and a transwoman — I went into renal failure and cardiac arrest. While recovering, I told my mother I was going to be a doctor so nobody would have to go through what I had. She thought I meant the kidney failure, that maybe I would become a nephrologist. What I meant was that nobody would have to go through this intersex condition that I couldn’t share with my parents, because they threatened to have me institutionalized when I came out.

But as long as I was closeted I couldn’t act on it. I was removed from what was important to me; I was removed from myself. I’ve done more than 10,000 surgeries and they had little emotional impact on me because I was shut down. There’s no emotional attachment. I know I did it; I earned a good living; I remember things people wrote and cakes people made for me, but there’s no attachment. It’s only after I transitioned that everything has been more real and alive and colorful. We do know that the memories that most vivid and are easiest to retrieve are those with the most emotional content to them, but you need to be receptive.

It was only when I finally became myself that I realized I needed to — yes, it’s a cliché — pay it forward. I am a physician; I am a scientist. I bring a unique perspective as such to the issues of human sexuality. I knew that I had gotten to where I was because of the work others had done before me, pioneers who were willing to take those risks.

My primary motivation is to help the next generation, to make sure that kids get treated well and don’t have to live in a closet for 50 years. It’s turned out that trans people suffer from post-traumatic stress syndrome from a very young age before they’re treated. Just knowing you’re in a wrong body, and not being accepted for it or being helped to deal with it — that causes PTSD. We can see those brain changes on scans. Those changes already exist in kids. You can imagine what those changes are like with somebody who is to 30 to 40 years old. I like to think of my cohort as dinosaurs. There will no longer need to be people like me who are closeted and married to the wrong person.

Now every day I get up, and I’m just myself. Mine may not be the only voice, or the best voice, but it’s a unique voice. And you have to be yourself, because that’s where you’re most authentic. When necessary you move on. It’s a big world. There’s a lot of stuff to do.